Rare Old Chinese dynasty palace bronze Gilt double Face Sanxingdui people statue is made of bronze with the height of real human. It is 1.56 meters high and 60cm wide.

Sanxingdui bronze statues have been cast for more than 3,000 years. So far, such a huge bronze giant is the first example of Shang and Zhou cultural relics unearthed in China, so it is known as the "Oriental Giant". So, who might this bronze statue represent? The excavator at the time, Mr. Chen Xiandan, believed that he was a religious leader with a combination of politics and religion. Mr. Duan Yu, director of the History Institute of the Sichuan Academy of Social Sciences, speculated from the size of the statue that it is the symbol of the king of Shu. Mr. Zhao Dianzeng also considered from the perspective of the manufacturer's selection of materials, and believed that the statue of standing people was in command of the overall situation among the bronze statues. 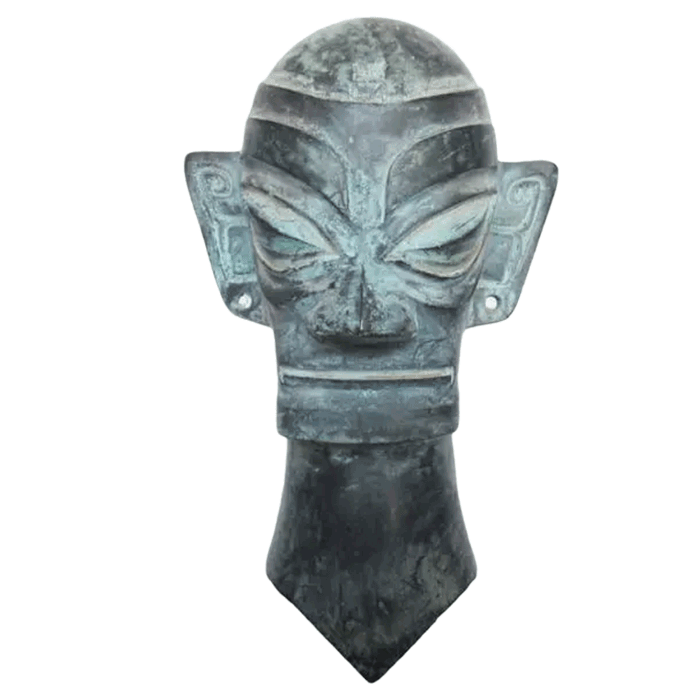 The head of a bronze man is a cultural relic unearthed in Sanxingdui, dating from the mid-Shang Dynasty. The heads of these people are ordinary people, as well as people wearing gold masks.

156cm High Sanxingdui Double Face Man Bronze Statue is a huge human like statue with the hight of 1.56 meters.